After a rough night’s sleep, we woke up to a sunny but foggy morning. After a quick breakfast, we packed up and headed out. One of our members was heading West to check out Lake of the clouds and another member was headed home directly home, leaving just two vehicles and three people, including “Grizz”, my wife, and myself. We decided to take a slight detour on our way back to the cabin and check out Canyon Falls near L’Anse (pronounced “Lance”). This was probably the coolest of all the falls we saw. It is about a 1/2 mile walk back to the actual falls, but the walk skirts the river and lots of smaller falls.

After spending an hour at the falls, Grizz decided he would be heading home from there, while my wife and I decided to take back roads back to the cabin. The drive back was fairly uneventful, but there is some really unique roads up there. Some are straight for what seems like hours, while others are hilly and curvy. We did get to

drive by an old mine, which was pretty amazing in person. The roads after that were nothing to write home (or a blog) about. After what seemed like forever, we finally made it back to the cabin. It was nice to be able to grab a shower, use the hose to wash the mud off the Jeep, and sit on something soft besides by Jeep’s seat for a little while.

We still had some hamburgers left in the cooler that we hadn’t cooked on the trail, so we decided to hit the little corner store and grab some beer. We sat on the deck, overlooking Big Bay De

Noc, watching the sun set. After dark, we tried to get some pictures of the stars that were just amazing. If you have never seen the sky at night, in the U.P., it is a must see for sure. It is overwhelming to see how many stars there are compared to other places where light pollution blocks them out.

After a good nights sleep, we loaded up the Jeep, closed up the cabin and started the five and a half hour journey home. This trip was a memorable one for sure. If I had one regret, it was not having enough time to explore. It is so big and vast up there that five days, even ten days even isn’t enough. It is really hard to put it into words, the sights in Michigan’s U.P. Some places almost seem like another state, or even another country. Lush forests, crystal clear streams, and crisp clean air. I have already began planning for my next trip back!

Here are a few more pictures from the trip that didn’t make it into the other posts. 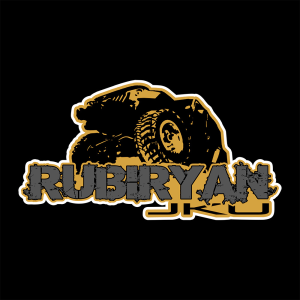