Anyone that’s spent a good amount of time in Michigan, specifically the northern part of the Lower Peninsula, will know how sandy it is. We’ve been on the west side of the LP and worked through the sandy trails around Grayling and Kalkaska. And now we’ve had the chance to check out the east side in the Mio area. New Holland Overland organized a trip in the Huron National Forest, a place we hadn’t been able to get to yet but can confidently now say we have.

The plan for the weekend was to meet up just outside of Mio at the Mack Lake ORV Campground. The nice thing about Mack Lake Campground is that it’s just outside of the city of Mio, but isn’t too close to notice any of the normal road or city noises. Forgot some supplies? Or need fuel? It’s a short drive into town to grab what you need, fuel up, or grab a pizza at the Mio Pizza Shop, which we highly recommend!

With 175 acres of land, Mack Lake Campground is a good-sized campground tucked back in the woods and out of the way. The campsites were all nicely spaced and most of them were large enough to get at least two vehicles on. Friday wasn’t terribly busy with only a few of the spots filled by some RV campers and a few of us meeting up. The campground has two loops that give campers some options as to where to set up with both having easy access to the lake.

A few of us were there early so we decided to hit some trails about an hour before the sun went down. We ended up doing a short route just north of Mack Lake that brought us back to the campsite just after dark. Our leader for the weekend arrived not long after we left, but we met back up at the campground, made some dinner, and had a fire for a little while.

Weirdly, for June, the night was really cold. I’m fairly certain it got down into the mid to high 30s easily. My five-year-old daughter was supposed to come along with me and decided she wanted to stay home instead. Which I am very happy about. I tracked the weather all week and was ill-prepared for the two nights we were there. My new to me rooftop tent was only equipped with some regular bedding and no extra blankets for warmth. Needless to say, I was not comfortable either night, but that was my own fault.

Saturday morning started out cool and comfortable. Good trail weather for sure. We all assembled at the entrance to the campground and headed out for a fantastic day of trails. After a few stoppages because of closed trails we got into the swing and had no other issues the rest of the day. Most of what we were on were the standard sandy trails that are commonplace in Northern Michigan. We ended up on a really tight and twisty section that was the slowest and probably the most entertaining part of the loop we did.

Around lunch, we stopped at Bull Gap Hill to check it out. We got a few sideways glances from the guys on the ATVs and dirt bikes but then proceeded to attempt the hill climb. From the bottom, it doesn’t look that steep. However, it’s once you get going up when you realize the difficulty in getting a loaded rig up it. Out of the six of us, only two rigs made it up to the top. The trail back down to the bottom ended up being some of the more technical trails we were on that day.

After Bull Gap we headed back out to finish out the day and the loop that was planned. We ended up doing about 100 miles in the area on varying types of terrain, most of which was the fine sandy trails Northern Michigan is known for. We made the decision to head back to the same campsite instead of trying to find a dispersed site for the night. After some dinner, beers, and fire I was once again left with being cold for the night in my roof tent. The second night was just as chilly as the first. Again, this was my fault for not having some extra blankets. The tent itself was warm once morning hit but starting out it was very cold.

All-in-all this was a great, quick weekend getaway to break up the monotony. Mio offers a huge amount of trails that I wasn’t aware of having mostly explored the west side of the state. I definitely recommend spending some time on the northeast side of Michigan and see what you can find.

Link to route on Gaia GPS 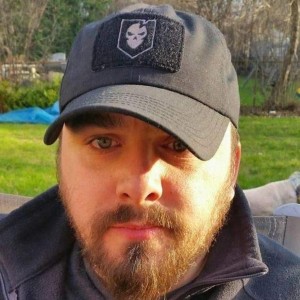 Nick is a lifelong Michigan resident, born and raised. He grew up in Bay City and transplanted to the metro Detroit area after college for work. In a spark of creativity, he co-founded Michigan Overland with the intent to travel to travel to locations in Michigan he has not been to. He also writes from a new persons perspective on multiple topics for Michigan Overland as he researches outdoor and adventure activities that intrigue him.