OB14: Communicating With Others

While overlanding can be done as a solo venture, it’s recommended to travel in some sort of pack. This means ensuring each rig has the ability to communicate with another. CB and HAM radio are the preferred method for communicating between vehicles, more on that will be provided below.

While the cell phone is not the preferred method of communication, it still holds a spot on the list. We do not recommend using your cell phone as the primary means of communication because of the high possibility of losing your cell signal. Signal coverage, while better than it was 10 years ago, can still be extremely spotty once you’ve ventured away from populated areas.

There are a number of different types of radio communications that can be utilized on the trail. Some are good for short range, and some are good for long range. You should consider configuring your rig for two different methods, one short and one long. This gives you the ability to communicate while moving in a convoy or over short distances. If an emergency arises, the long-range option will allow you to communicate if cell phone coverage is not available.

Most people starting out will have regular two way or FRS radios. These are really only a good choice if you are in close proximity to each other. Vehicle to vehicle communication can happen as long as they are within close proximity. Larger convoys or vehicles traveling with space between them may need to upgrade to something stronger like CB.

General mobile radio service, or GMRS, is an alternative to the regular two way and FRS. It does require a license to operate, but it can be had by simply requesting a usage license. The license is good for a family so using it on the trail means the other people you are with will need their own license. GMRS has the same issue as FRS in that line-of-site is preferred for best possible communication

FRS and GMRS are good for vehicle to vehicle communication but should not be relied upon for emergency communication.

CB, or citizens band, is a short distance form of radio communication that is most prevalent among truckers. CB does not require a license to use and is an effective way of communicating on the trail. CB offers more range than regular two way radios due but still has its limitations. In order for CB to be effective at long range, it has to have a properly tuned antenna and radio.

Amateur radio, also known as ham radio, is probably the best way to communicate while traveling. Its long range allows for users to talk to each other over miles of distance rather than having to have an unobstructed line-of-sight like two way or CB. Ham radio does require a license in order to use and is relatively easy to acquire at the lowest level.

If things go really wrong and you need to get a message to someone than a device like the SPOT satellite messenger. The SPOT is a small hockey puck sized device that allows you to send an okay, tracking, and help message if necessary using existing communication satellites in orbit around the earth. The SPOT is not a cheap device (although cheaper than a satellite phone) and requires a monthly service plan in order to work, but it provides a piece of mind for those traveling in remote areas. 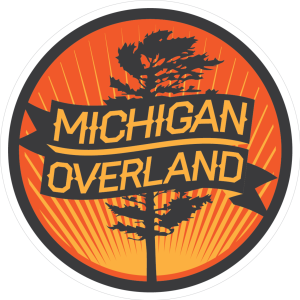